Finally it was our turn.

Inspired by stories of survival and adventure faced by mountain cattlemen and women, we had made the commitment to experience for ourselves some of the Victorian High Country's most iconic huts. I was hoping to understand the feeling of remoteness, loneliness and personal hardships faced by these pioneers by standing in the doorway of these huts and gazing out, as they would have, at views that may not have changed in over one hundred years .

Of course we would only be imagining what it was like for them to travel on horseback for days to reach these huts, as we trip along in the comfort of a modern four wheel drive with air-con and every gadget. Opportunities most certainly do exist to experience the High Country by horse, but hey, I like a comfy bed and a cold drink.

Recent news of missing campers, Historic Wonnangatta murders and the mysterious Button Man were a topic of quiet conversation before we started the trip, but any uneasiness felt was soon gone as we descended the notoriously steep Herne Spur track to gain access to the southern end of the open expanses of the Wonnangatta Valley. A visit to the cemetery to read the headstones brought home how hard life must have been for the early homesteaders and their children, with many perishing at a tragically young age. 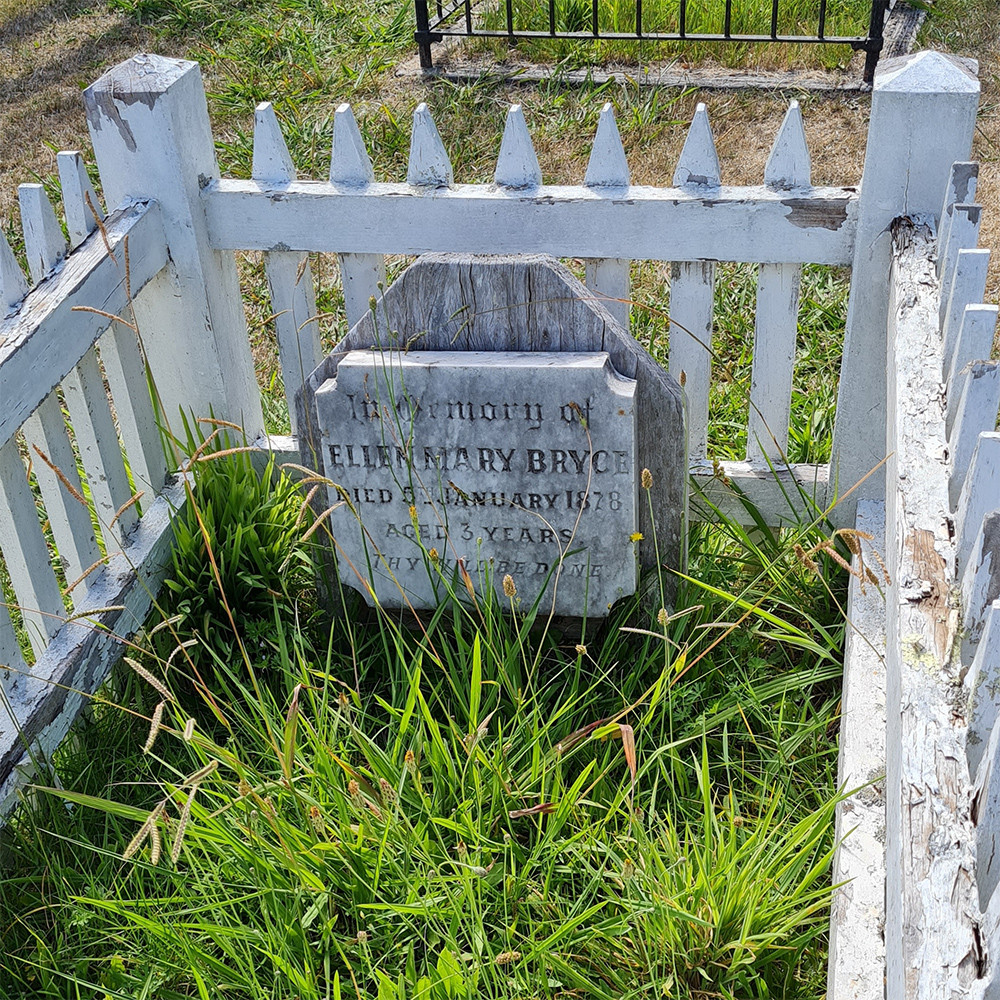 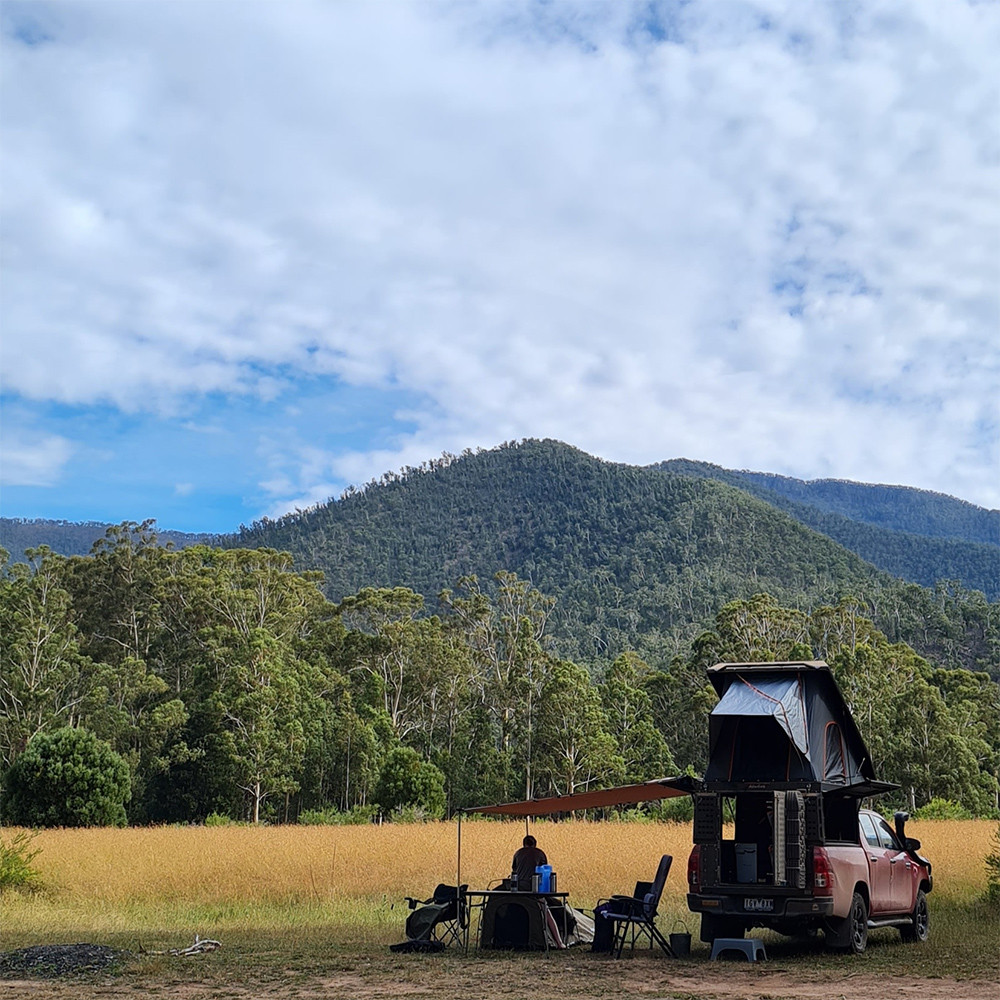 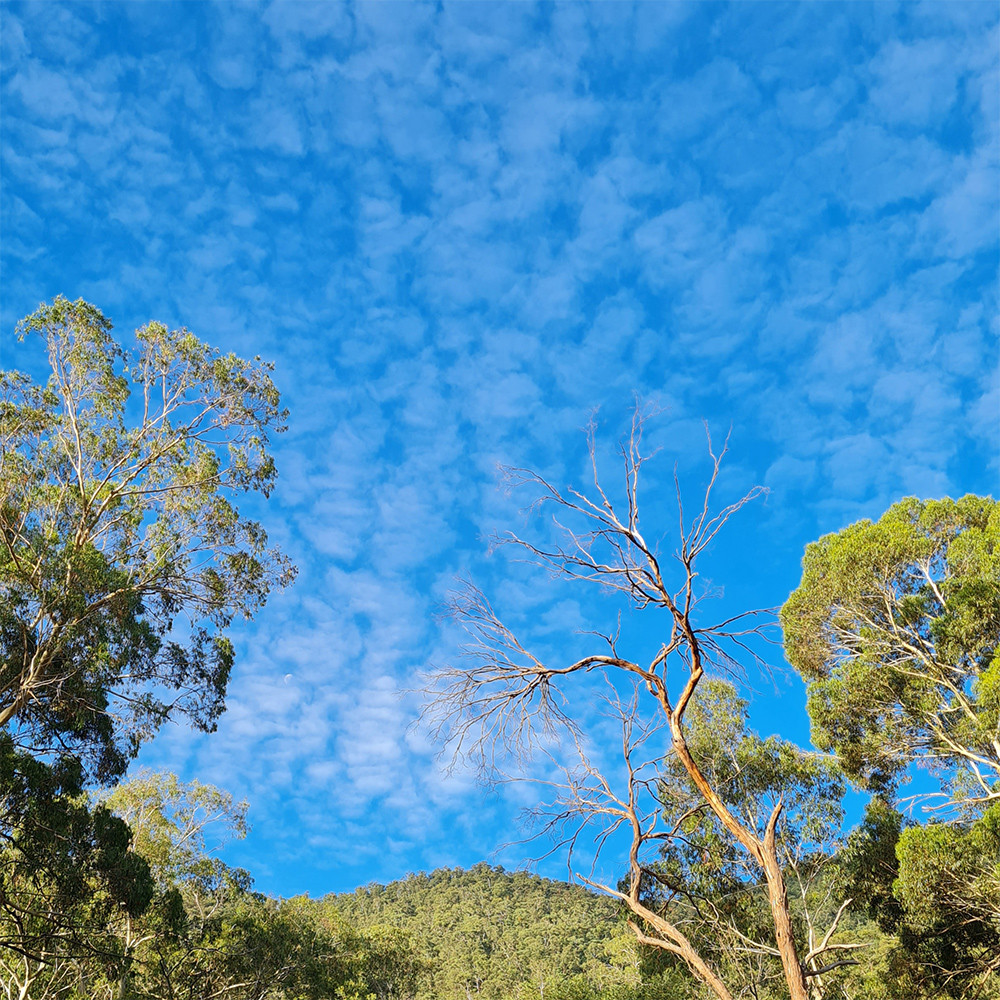 Camping by the River that runs along the East side of the valley, we were treated to a beautiful sunset and woken next morning by the calls of the Kookaburra and magpies in the trees. We could have happily stayed by the Wonnangatta River and gone no further, but our search for iconic huts would lead us North, climbing in low range out of the valley on Zeka Spur Track and on towards two more of our goal destinations, Lovick's and Bluff huts. 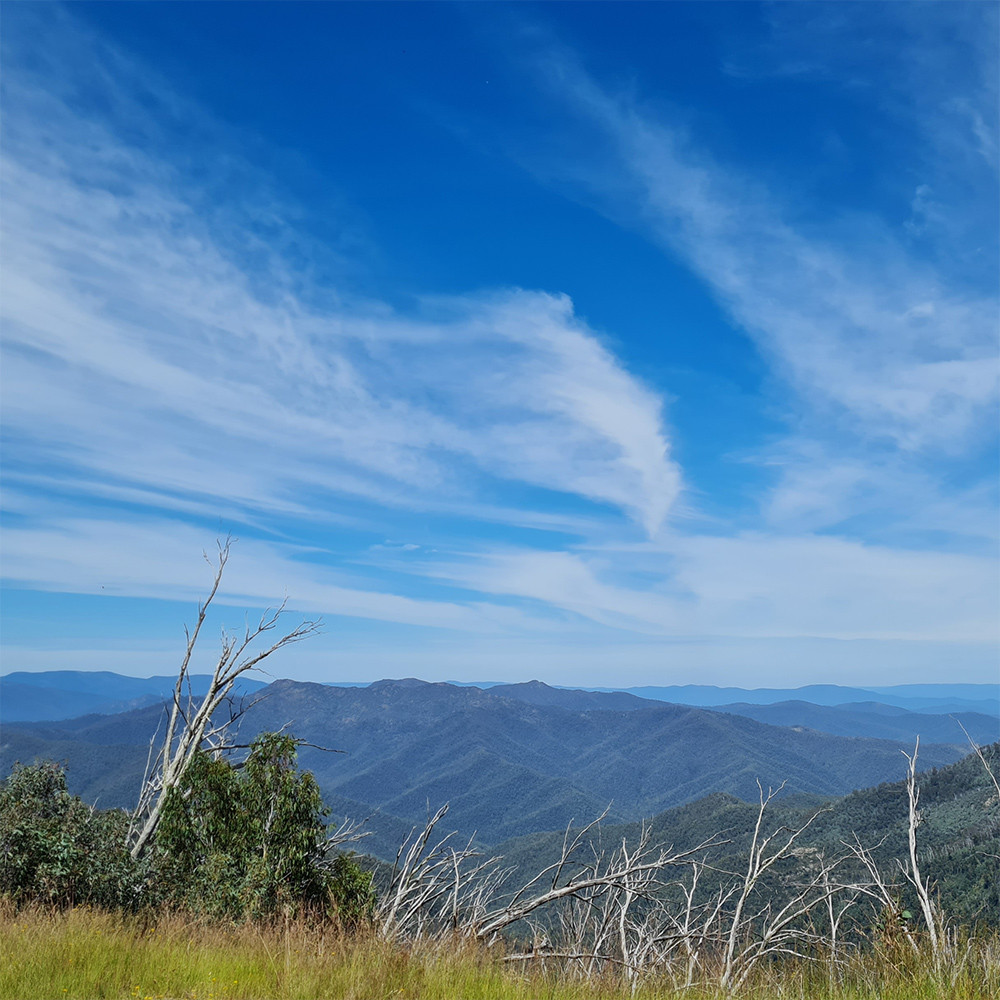 Lovick's hut, on the King Billy cattle run, is a more recent hut (1959), built by Jack Lovick as shelter for cattlemen tending herds during the seasonal Alpine grazing. Jack's family had leases to graze these high country pastures for 145 years. Jack himself was also instrumental in the establishment of snow ski infrastructure at Mount Buller and the establishment of High Country horseback tourism.

The hut is now a place of pilgrimage for those seeking a window into the world of the pioneering bushman. Lovick's was very busy when we visited, but for a moment we had the inside to ourselves and could get a taste of how a hut like this would be a haven from the wild weather of the High Country. 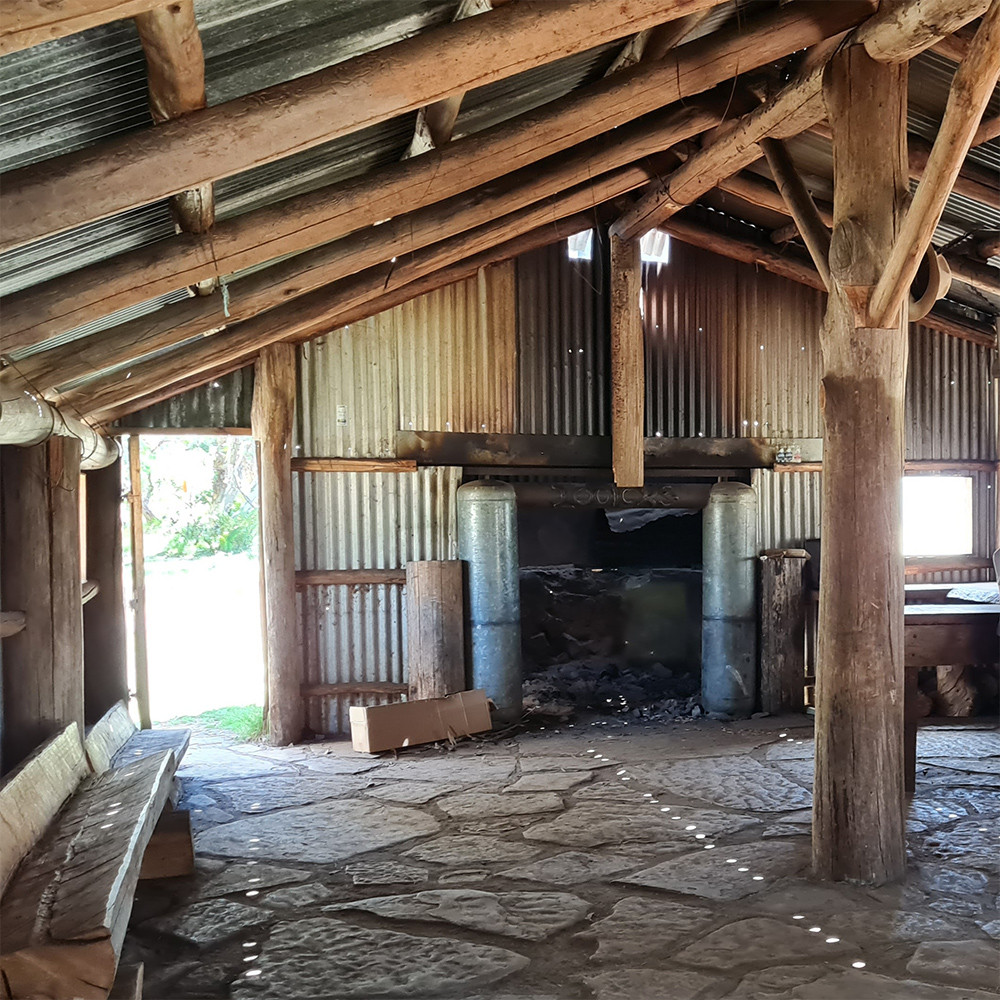 In contrast, Bluff Hut was eerily quiet. Sheltered from the breeze and tiny in size. It's now a common stop for modern adventurers hiking or horse riding on the Alpine trails.

From there we meant to travel towards the Upper Howqua River and choose a camp close to Bindaree Falls however, with yours truly navigating, we zigged where we should have zagged and ended up heading the wrong direction. When finding oneself taking a 'scenic route' or other unexpected contingencies, you learn to go with the flow, so we changed camp destination to Sheep Yard Flat further down the Howqua. A magic campsite, but hugely popular so we found ourselves the last available space but had the misfortune of setting up next to the worlds noisiest campers!

Next morning, bleary eyed and somewhat annoyed at our fellow campers, we were up and away early, headed up Mt Buller to top up groceries and get back on track to the magnificent Bindaree Falls. After the super-hot dusty car park, the walk in to the falls was a visit to a bush Utopia. Entering nature's air conditioner, the temperature dropped 10 degrees and we found ourselves surrounded by the mist of the falls and the lurid green ferns. The only thing to drag us away was the prospect of ticking a major milestone from our must-visit list, Craig's Hut. 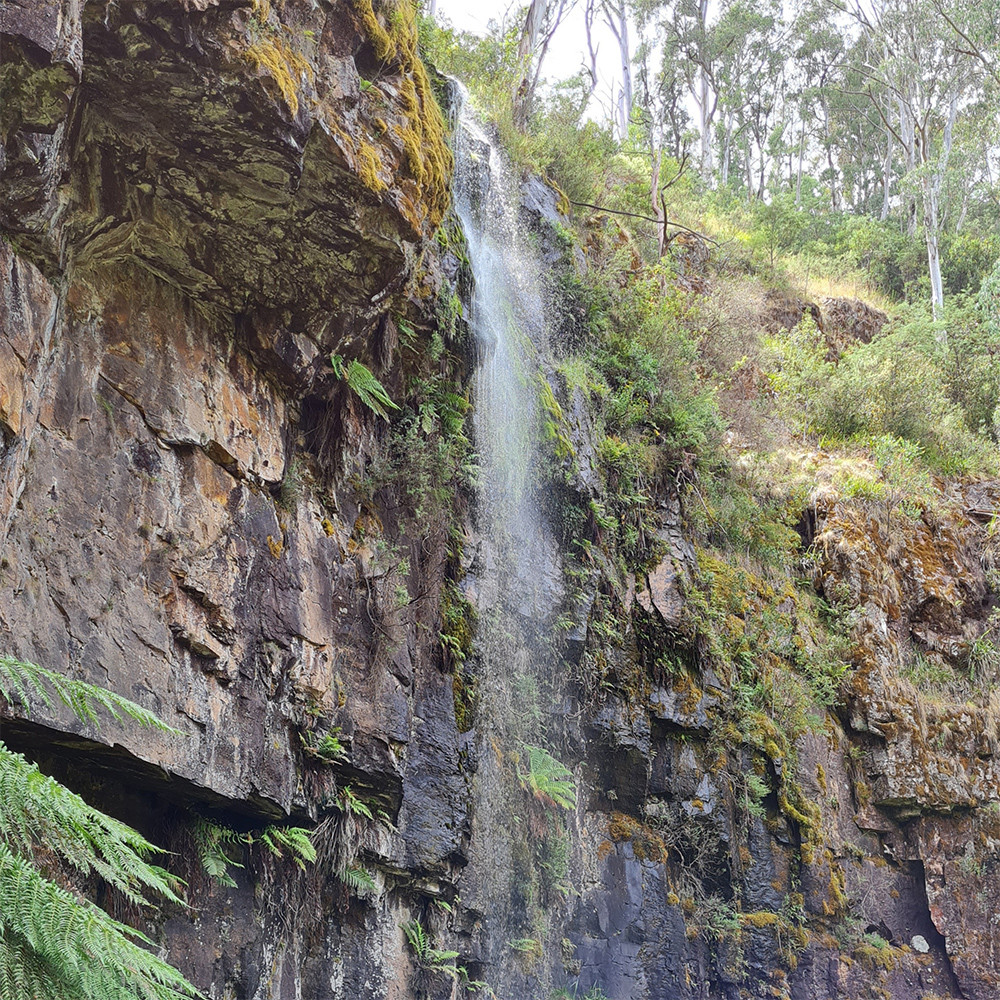 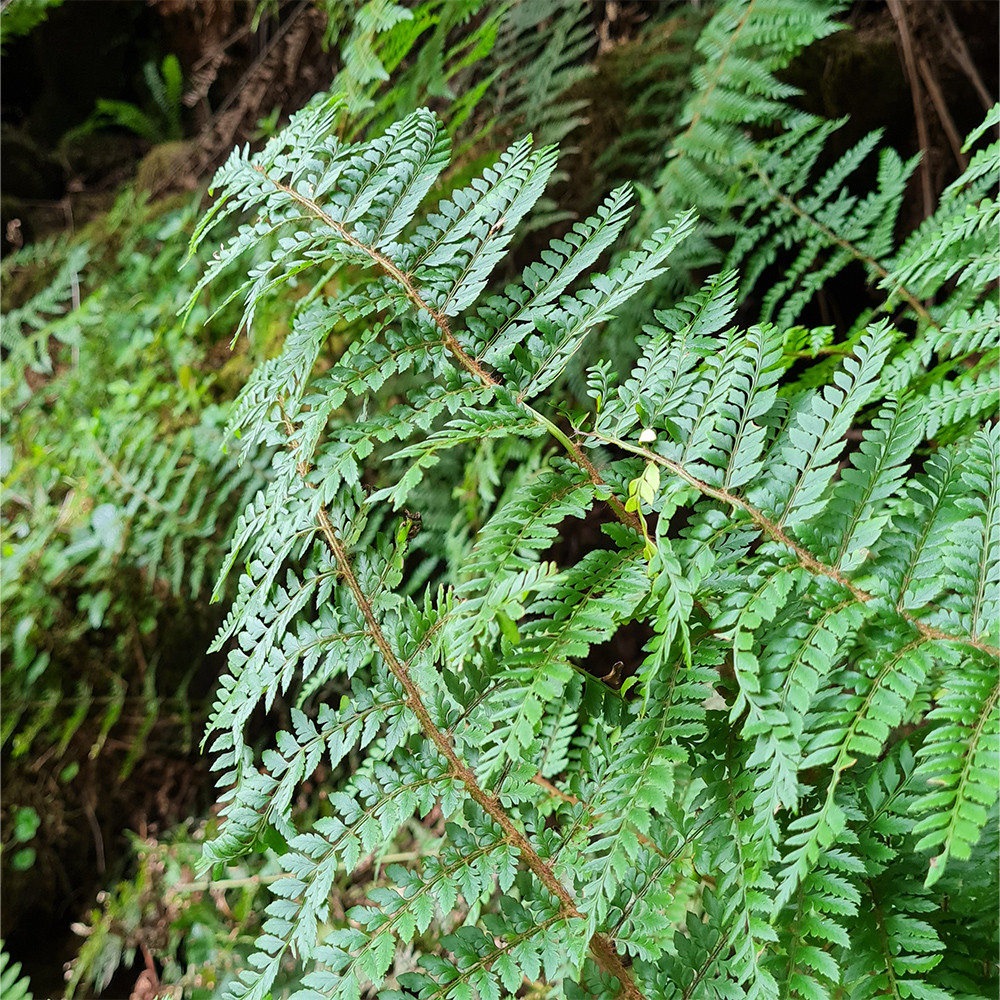 While not a true cattleman's hut, Craig's Hut has to be the most famous of them all thanks to it being built as a set for the 1982 movie 'The Man from Snowy River'. It has since been rebuilt a couple of times due to deterioration and a 2006 bushfire. A very popular stop, we had to be patient to pick our moments to snap a picture of the hut without other people in the shot. In an added bonus for authentic photos, we were lucky to time our visit with the arrival of a party of horse riders tying their mounts to the rail fence outside the hut. 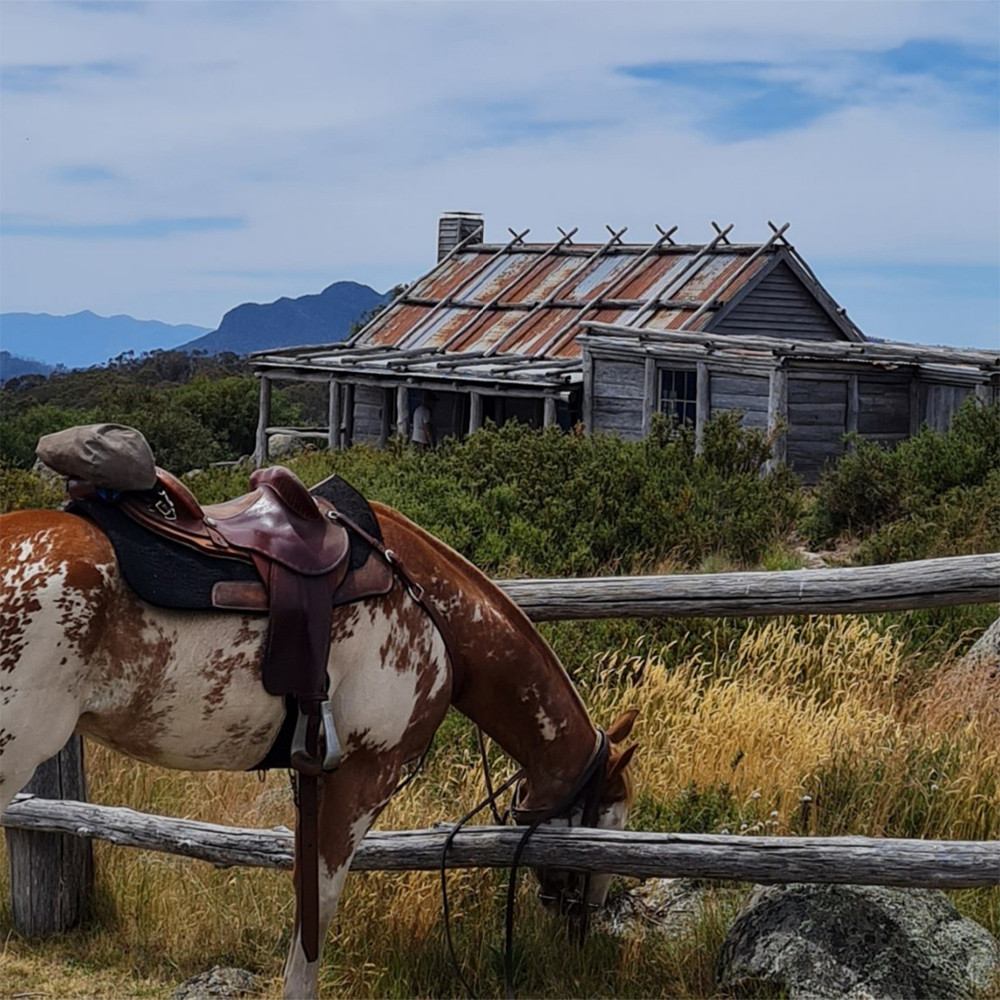 The view from Craig's hut is mesmerizing. You could sit for hours and take it all in, but after the noise of the previous night's camp fresh in our minds we were set on finding somewhere much more remote. Consulting the map, we found a likely spot in Lake Cobbler to the East, and some rutted, steep and fun four wheel driving to get there. We were rewarded with a tucked-away camp by the shore of the lake far enough from other campers to feel like we had the place to ourselves.

We had a long, and admittedly at times dull drive on our final full day heading East to Mount Hotham and the Dargo High Plains Road with the highlight being a detour to The peak of Mount Murray where we had 360 degree views of Blue Rag Range to the South and Mount Buller to the West. However our best and most secluded camp was to come purely by chance that night when we discovered Devils Hollow, a camp on a clifftop looking north towards Hotham and Dinner Plain Ski resorts. Watching the storm clouds roll over Hotham towards us, only for them to turn down the valley producing rainbows as they went, created a show better than anything on television. 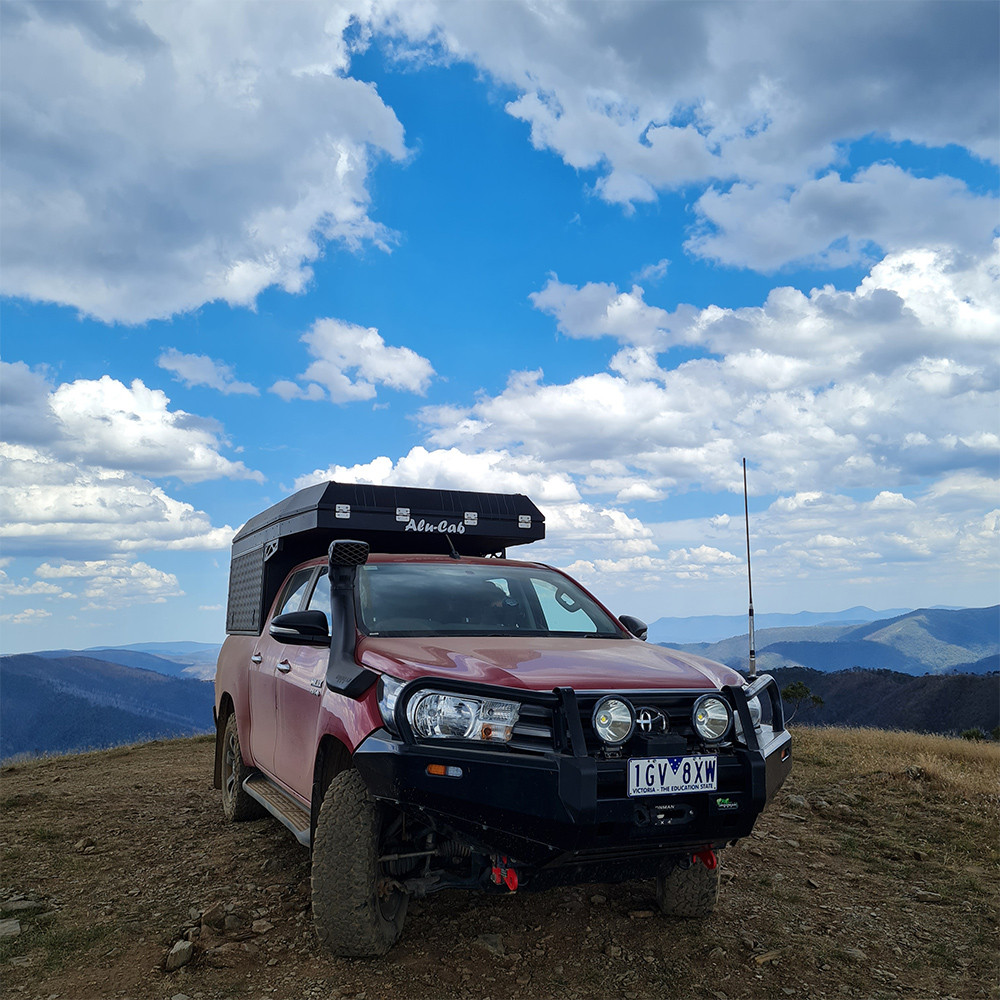 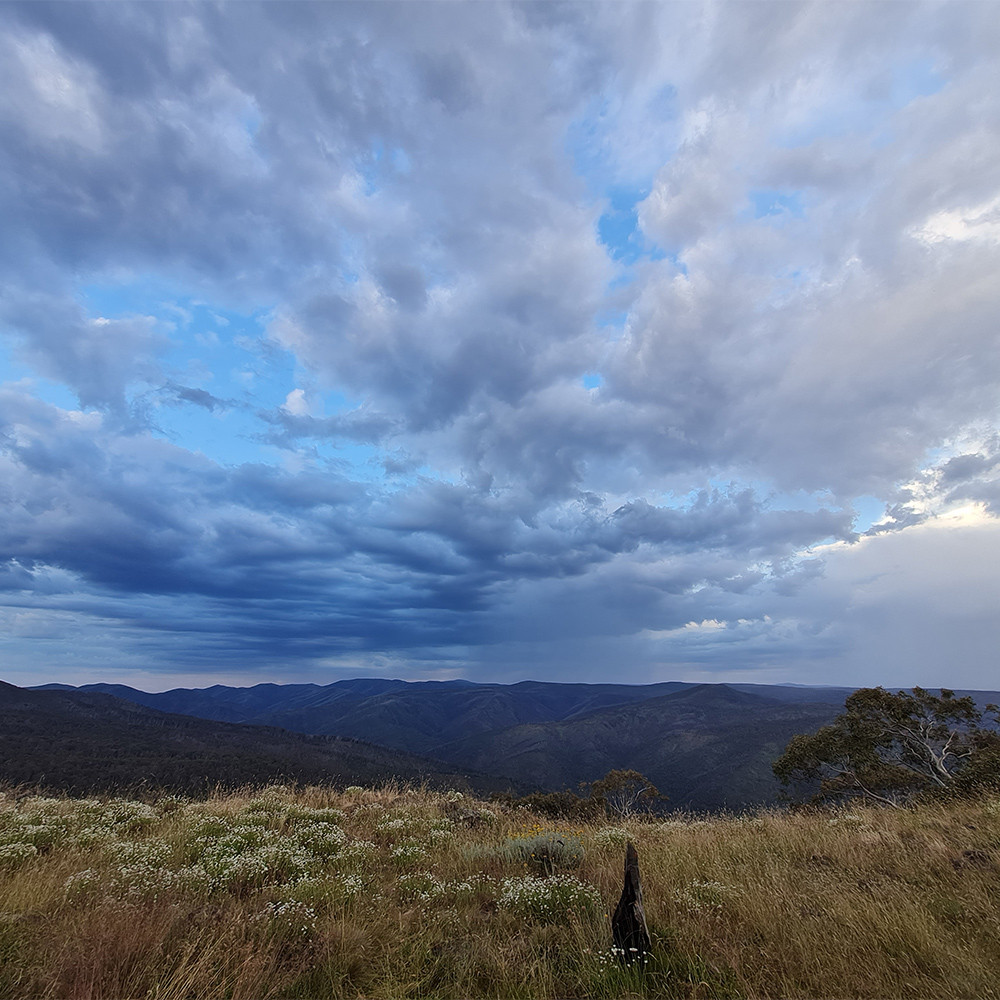 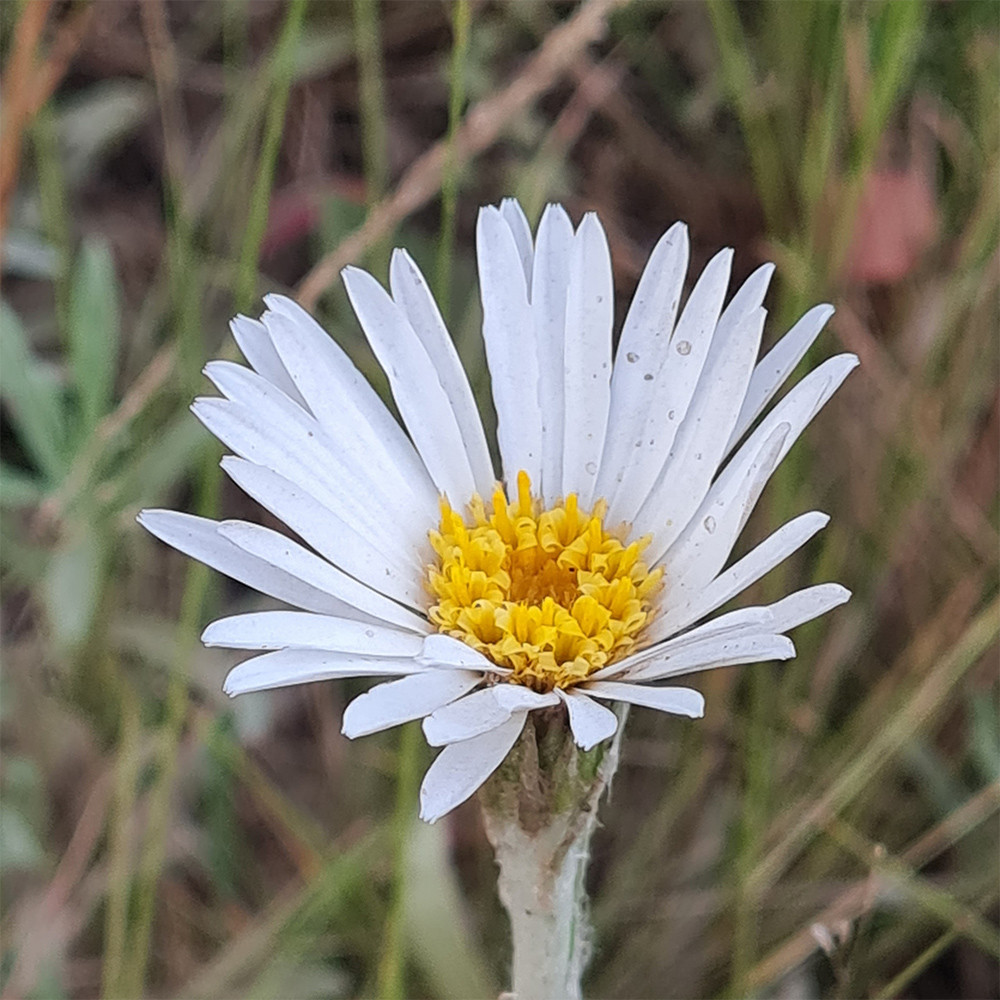 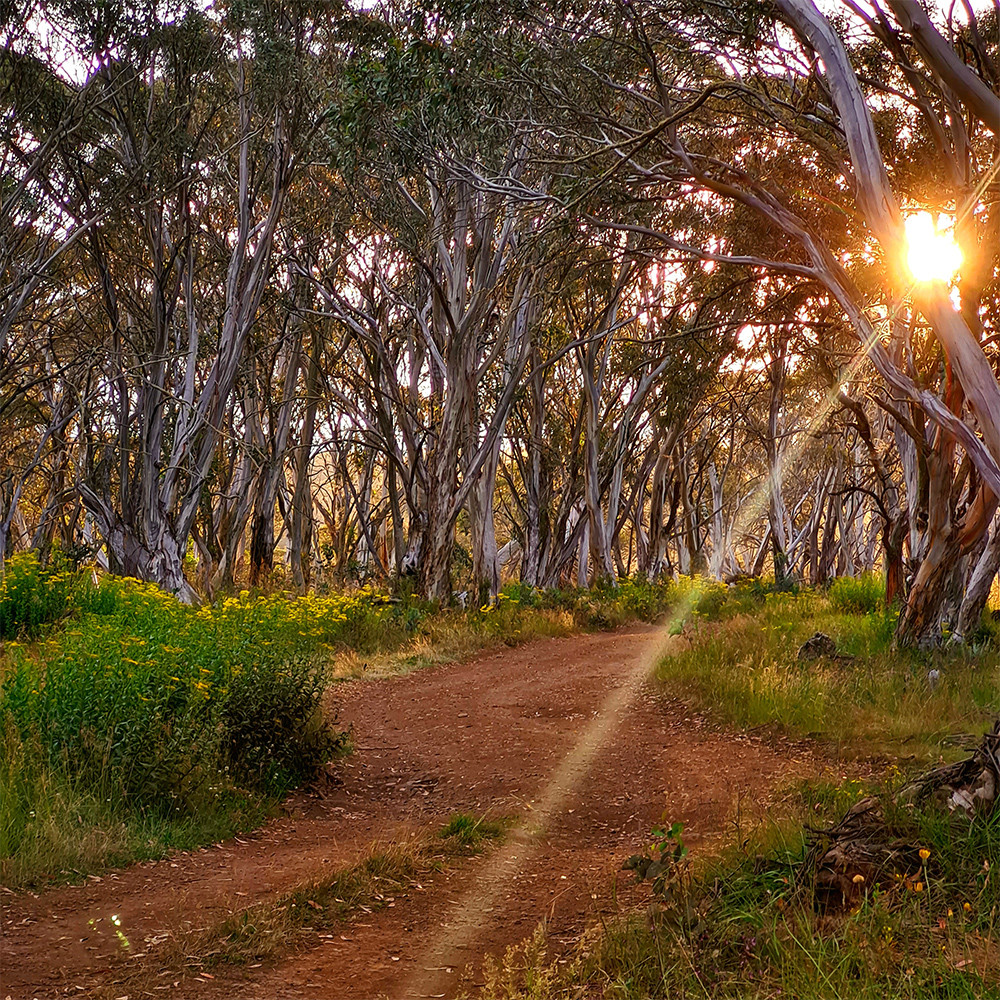 While the January crowds made it difficult to truly feel the loneliness of the cattleman's existence, we did come away with the buzz of having experienced for ourselves the sights and places we'd only read about or seen through the camera lens of our favourite Youtubers. Nothing beats your own feet on the ground in those locations, your senses absorb the bush smells and sounds, helping to fully embed the memories and fuelling the itch to get back out there.

Gary Jackson, Lisa and their young-adult children are overland campers lucky enough to be living just a stone’s throw from one of Australia’s premier four wheel drive destinations, the Victorian High Country.

Every opportunity is taken to head bush away from busy work and school life to seek out remote secluded campsite destinations. Gary and Lisa’s day job is running their successful bicycle store, Riviera Cycles which they established back in 1995. When not working or camping, you’ll find Gary on a Mountain Bike somewhere on the trails of East Gippsland.